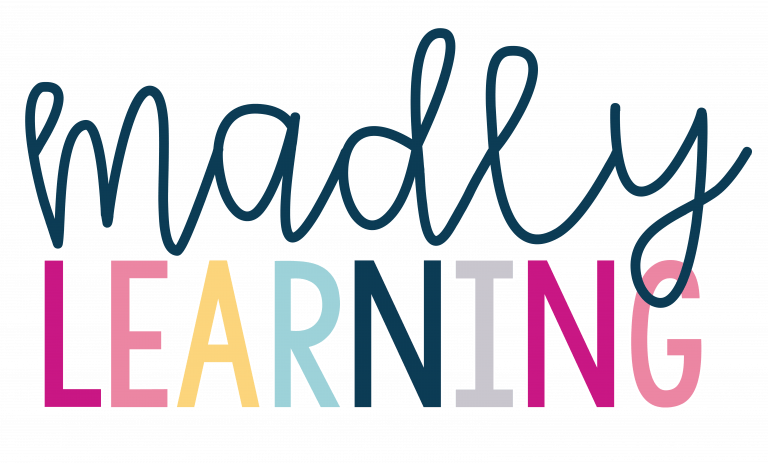 Building Communication Skills with your Students

Have you ever had a chatty class?

So I assume that because I have a chatty class that we are going to have these great discussions when we sit down to learn.

There is no talking when I ask a question! These kids who wouldn’t be quiet and took forever to get focused because they were so chatty are now all staring at me with blank faces….saying nothing.

Here is what I realized: 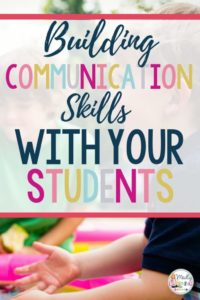 I have had students in my class with working memory difficulty. These kids struggle with on-demand tasks like academic conversations on the fly. These kids need supports to help them participate in class. Giving them thinking time and the ability to write things down is important. Scaffold the discussion with a prompt page or simply let them take some notes during the conversation.

So people are naturally inclined to fill in the silence, my students were doing this to me. If they waited I would just keep talking. I would inevitably answer my own question and they would just get to passively take a break while I just gave them all the answers.

Boy was I talking too much!

So it was time to flip the script and sit and wait give them the awkward pause and see if they took the cue to start talking. Sure enough, some of them did. It worked!! Sound easy? It totally wasn’t, it was the hardest thing ever. As my voice was screaming “let me out” but I had to keep that cage door shut!!! 😳 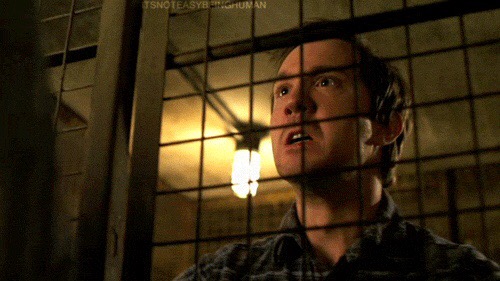 So slowly but surely a few of them started to talk. Now I just needed more of them talking instead of just a few.

Normally it is a few students in the class that do the majority of the talking.

This was something I wanted to improve my goal was to have rich discussions with everyone in my class not just a select few. So I could have done the old method of just calling out random kids off my class list. But….that is terrifying for many kids so I rarely do it.

Planned sharing… as my students would work on their differentiated math pages I would walk around the room occasionally and see students who were doing well or better yet a student that had struggled previously and had just had a breakthrough. I would ask if they would be willing to share their learning. We would look at their failure and they would then share their breakthrough.

Adding their voice in a strategic way increased their confidence in talking in front of the group. They could share their learning from their place on the carpet.

In many classrooms, if you map the conversation patterns it would look like a bouncing ball between you and a student.

If I really wanted a student-centered classroom then I needed to get out of the center of the conversation. So I explicitly talked to students about how to talk to one another. We talked about how to ask questions of each other, how to build on to conversations and how to disagree with respect, Use the acronym IDEAS to help your students learn how to add to a class conversation: I – inquire: ask questions of the speaker to build on the discussion. D- Disagree: part of having a conversation is hearing different viewpoints; Teach students to disagree respectfully with each other. E- Expand: get students to extend the conversation by digging deeper and asking why. Go bigger or deeper with these questions. A- Agree and Add On: show your support and add on by offering additional evidence S- Summarize and Clarify: sometimes saying it in a different way to clarify a point is an important part of conversations Brainstorm different sentence stems and slowly introduce and model these for students.

If you have ever had an argument with someone….like maybe your spouse. You will know that sometimes you listen to understand their point and other times you are just waiting for your next chance to jump in and say something. Students quickly learn who to listen to, and often it is not each other. So this is an area that we should try to change. Because it is important that students not only listen to us, their teacher, but they should also listen to each other. Using the accountable talk IDEAS strategy mentioned above is one way to increase listening since they have to listen in order to understand. Another is to explicitly teach them what good listening looks like. Eyes on the speaker, body still, mouth closed, hands-free. So get them talking by identifying gaps in memory, use the awkward pause, and engage the sidelines. This should help with increasing student to student conversations.

For more posts check out Patti on her blog or hop on over to Madly Learning on Facebook!!

232: Math Centers: What Activities Should You Include?

230: How to Get It All Covered in the Time You Have Left 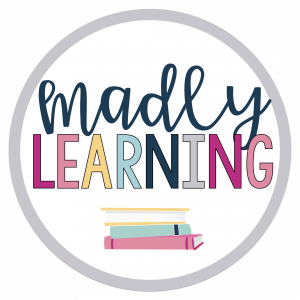 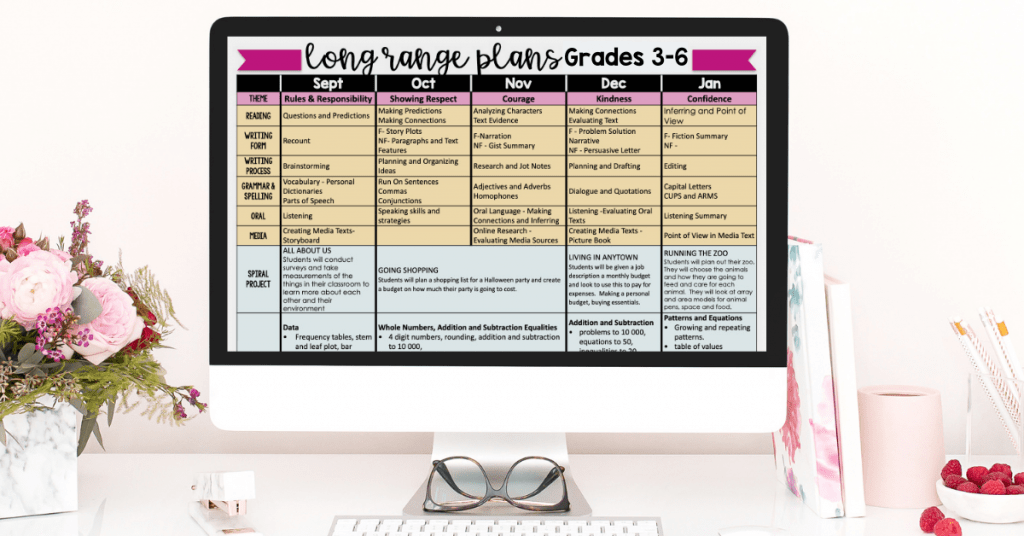 See how to fit all of the curriculum together for the whole year in a simple year-long plan for language arts, math, science and social studies.